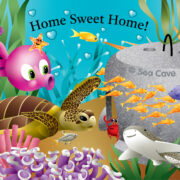 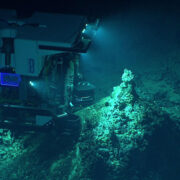 Fish Reef Project speaks at the United Nations on the coming deep sea mining and its impacts.
Transcribed Speech:

Esteemed members of the council, observers, contractors and delegates. After participating as a formal observer to the International United Nations International Sea Bed Authority now for nearly a full decade, Fish Reef Project remains steadfast in its determination to assist in the formation of code and policy that helps ensure that both the ocean and the common heritage of mankind are made whole as a function of the coming deep sea mining.

The ISA finds itself in an interesting predicament. On one hand they must manage the extraction of the very minerals that can reduce mankind’s carbon footprint. On the other hand the aggressive stance of certain NGOs to halt deep sea mining makes it almost impossible to reach a consensus.

One key step forward, that Fish Reef Project has worked to secure is the inclusion in the code of a stipulation that requires mitigation for social and environmental impacts. This term if properly met, is one means to compensate the ocean and the common heritage while helping create consensus. Fish Reef Project has for many years championed the notion that it is an appropriate means of mitigation to build-up the near coastal reef systems of developing nations. By building new reefs, it creates a permanent, measurable, indelible means of increasing ocean health, food and job security for millions of small scale fishermen. By making new reefs, compensation is paid to millions who face food insecurity and to the ocean itself. This mechanism ensures that real compensation reaches the working poor who otherwise will summarily be passed over when meager cash royalties are simply paid to governments and stipends to NGOS. Overlaying the project with the well regarded Blue Credit® system furthers offers a guarantee to all parties that the new reefs will perform as promised.

A case in point is Fish Reef Project’s iconic initiative, the Great African Food Reef. This big picture project has been firmly embraced by the African Union and a number African nations as a primary means to enhance food and job security, and now as covid recouperation. The new African reefs help ensure domestic food production as a fail safe against future pandemics that could again cripple food logistics causing hunger and strife.

The new reefs also serve to create a massive new form of Blue Carbon and methane sequestration that can sink millions of tonnes of carbon dioxide direct for the sea water and thus help buffer ocean acidification.

If deep sea mining truly seeks to mitigate its impact, the very best means to do so is to greatly bolster the financial means of those working on the Great African Food reef and similar projects in small island developing states and rest of the developing world.

One lesson that extractive industries have failed to learn, at their peril, is they offer too little, too late- they avoid making ample positive impacts typically until ecosystem collapse occurs or civil unrest takes hold. The key is to act in advance of creating the impact and that time is now upon us.

Hence, we offer gentle caution and fair warning to deep sea mining interests, do not wait to begin to restore our ocean, do not wait to build new reefs and create jobs and food security. Learn from the past failures of the extractive industry. Begin to fund projects now that will lead to a healthier ocean in the years to come. This allows marine life to already be thriving and there for everyone to see by the time deep sea mining commences. This allows people to make the link that deep sea mining, if done correctly can in some way be a force for good, a force that chooses of its own accord to properly compensates the actual full spectrum of common heritage of mankind in ways that are socially just, measurable, accountable, permanent and free from corruption.