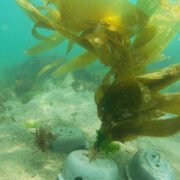 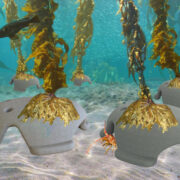 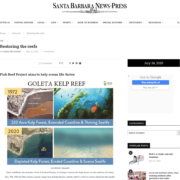 Chris Goldblatt has been on a mission ever since he was 9 years old and working on the Malibu fishing boats.

Diving into Santa Monica Bay hundreds of times gave him what he called “a bond and open mindedness toward nature at a young age.”

Ever since, he’s been determined to give back, and he presented his cause July 16 on a webinar put on by the Santa Barbara Maritime Museum.

The ocean lover founded the Fish Reef Project, with the mission to turn empty seafloor into thriving marine ecosystems again by implementing manufactured fish reefs. His goal for California is what he calls a “simple solution” — a two-acre pilot reef in the middle of Goleta Bay made from natural rock.

“The kelp beds off Santa Barbara are for the most part gone,” Mr. Goldblatt told the News-Press. “El Niño scoured the bottom, and there’s no recharging of the system. You just don’t have any material for the kelp to attach to.”

About half the project is self-funded and the other half is donations. He said he’s been working 40 hours a week for 10 years with no salary.

“It’s something that I’m committed to spending the rest of my life doing and then handing off to the next generation,” Mr. Goldblatt said. “In the next hundred years, there’s going to be an incredibly compacted use of ocean space, and the only way to make sure overfishing doesn’t occur is to increase the net productivity of the main area.”

He added that pressure on natural reefs will be reduced.

Mr. Goldblatt said this reef production will even provide a backstop food source for the next time there’s a pandemic.

“Because we live in Santa Barbara, if we’re able to restore those kelp forests, it’s a backstop food source we can turn to if we have to,” he said.

The 1982 El Niño storms caused a loss of kelp forests a thousand feet wide from El Capitan to Carpinteria. Boulders that come off hills and provide beds for kelp have also been worn down or stopped from entering the ocean by humans.

He said the process of implementing the Goleta Bay reef will cost $300,000 to complete the permitting process, which takes about a year. Then the overall reef construction and implementation requires $3 million, and he said the money must come from donors.

Mr. Goldblatt said he can offer donors the “best possible legacy anybody ocean-minded could ever want”: to name the reef after the donor.

“A reef is more permanent than a park,” the founder said.

He added that if the project doesn’t start the permitting process now, it could “lose political alignment.”

The marine advocate has a bachelor’s degree in fisheries and business from Humboldt State University in Northern California. He has lectured at UCSB and been an International Seabed Authority observer, contributor and speaker. 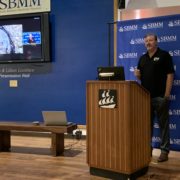 IF YOU MISSED TONIGHT’S ZOOM WEBINAR WITH CHRIS GOLDBLATT…

Watch it now and find out why kelp forests have changed… 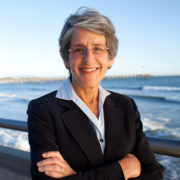 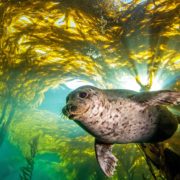 Little understood by the public, kelp is a soft buffer that helps to retain wider beaches, protects coastal real estate, and reduces greenhouse gases. The 1982-83 El Nino storms caused the loss of kelp forests that were once 1000 feet wide and went from El Capitan to Carpinteria and resulted in the loss of Goleta Bay’s kelp beds and beaches. Another reason for the decline of the kelp beds is that the boulders, which come off the hills and hold kelp, wear down over time and the system has not been recharging. The Fish Reef Project, named Goleta Kelp Reef Restoration Project, aims to create 220 acres of offshore reef systems with manufactured fish reef units and quarry rock. This process will give kelp a place to attach, grow, and kick off the recovery of kelp forests and critical habitats for many forms of marine life, including sea otters. 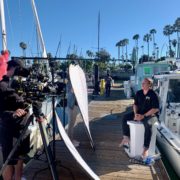 Our Team member, Adam Coons, was interviewed by Discovery Channel about his recent encounter with a Great White Shark. In this interview, he speaks about his involvement with Fish Reef Project which will air in August, during Discovery Channel’s Shark Week. Stay Tuned! 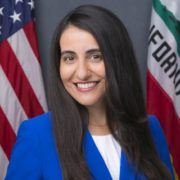 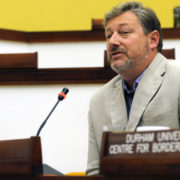 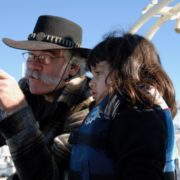